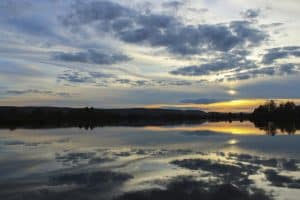 Florida is home to five major aquifer systems, without which the Sunshine State, as we know it, could not exist. Virtually all municipal water comes from these systems. The Floridan Aquifer is one of the most productive artesian systems in the world, and lies beneath the entire state of Florida. The water in the porous carbonate rock is pressurized by the weight of the overlying bed of less-permeable sediments. Brackish in the deeper southern regions, it has been used there as a liquid 'garbage dump' via the disposal by deep injection of municipal sewage and industrial waste. While the Floridan aquifer is the primary water supply for North Florida, parts of the state rely other, shallower aquifers. 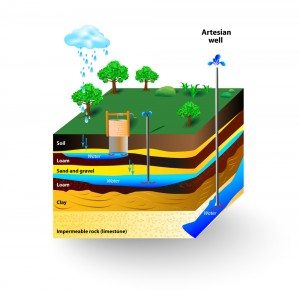 The Sand and Gravel Aquifer provides water for Santa Rosa and Escambia counties. It consists of two zones of highly permeable sand and gravel confined by silt and clay, with the lower zone being the main producer. 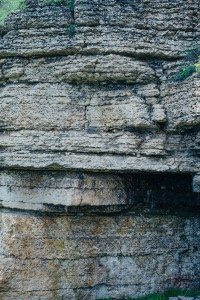 The Biscayne Aquifer relies on permeable limestone surrounded by less-permeable sand and sandstone. Like all Florida's aquifers, it's fed by precipitation, and, due to the more porous nature of its overlying material, the Biscayne can quickly replenish its levels, which is good since it supplies the population centers of Dade, Broward, and part of Palm Beach Counties. The Surfical Aquifer is basically the water table near the surface. Unconfined and usually not very thick, it generally provides water for domestic and small town use. The Intermediate Aquifer system is a permeable layer of sand, shell, and limestone lying between the Surfical and Floridan aquifers and confined by clay. Servicing parts of southwestern Florida, it's used for both municipal and agricultural purposes. 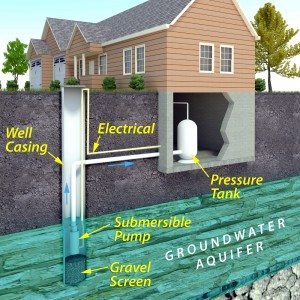 Florida's aquifers are under stress, because there is far more demand for water than there is water itself. The growing population means municipalities, agriculture, and industry are competing for a limited resource, resulting in over-pumping. Depletion of the aquifer frequently results in saltwater intrusion, and, the deeper aquifers, the water may not be replaced at all. The effects often appear on the surface, in the form of sinkholes; lower underground water pressures sometimes result in subsurface collapses that can be catastrophic. The Florida aquifer system is seldom thought of, because it lies out of sight, but it's one of Earth's great natural wonders and the Sunshine State's most useful servant. What it will be in the future, however, is up to us.