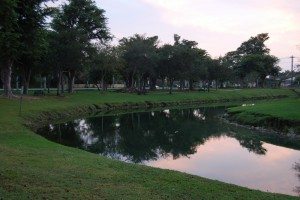 You’d be hard-pressed to find a Miami resident who doesn’t have at least one significant experience in the beautiful Village of Pinecrest.

Incorporated in March of 1996, Pinecrest is home to roughly 18,000 residents, and one of the most visually impressive landscapes in Miami-Dade County. The area has been nationally recognized by many different organizations, as it was recently named a Tree City USA, Playful City USA, and a Community of Respect. In 2011, South Florida Busines Journal even recognized the community as one of the ten best places in Florida for “quality of life.”

It’s no wonder then that residents of the area are so proud of their village, participating in active movements to keep Pinecrest in the upper echelon of visually-breathtaking communities.

Historically significant, Pinecrest is known as the site of railroad tycoon Henry Flagler’s staging area as he planned the construction of the Overseas Railroad that would eventually give Floridians access to the Florida Keys. The area’s growth continued over the next few decades, with the community flourishing around some of Miami’s first attractions, including The Miami Serpentarium (which closed its doors in the mid-80s) and the world famous Parrot Jungle (currently known as Jungle Island and located near South Beach) which was visited by such renowned figures as Sir Winston Churchill.

The original location of Parrot Jungle is currently the site of Pinecrest Gardens, the crowning achievement of a village park system that is one of the best in the county.

All this from a community that found itself devastated by Hurricane Andrew in 1992. The residents quickly rebuilt though, eventually incorporating Pinecrest and establishing themselves as leaders in many areas including education, with Palmetto Senior High School becoming one of the most renowned high schools in the state.

Today, Pinecrest is lauded for its family-centric and environmentally-conscious atmosphere, accolades that Direct AC is proud to have a hand in as part of this thriving community.

It takes a lot to keep the residents of this hard-working city cool. Direct AC is more than equipped for the challenge.