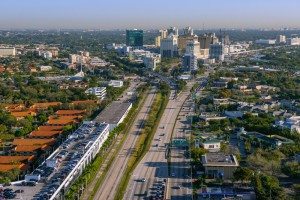 Welcome to Kendall, a beautiful suburb in Southwest Miami.

Purchased from Florida in 1883 by the Florida Land and Mortgage Company, Kendall is named after Henry John Broughton Kendall, a director of the company who lived in the area in the early 1900s.

A diverse and predominantly Hispanic area--Kendall and neighboring communities are home to one of the largest Colombian-American populations in the country, while 52% of its residents claim Spanish as a first language--Kendall is made up of both residential and commercial areas. To the east there’s Dadeland Mall, one of the largest malls in Florida and home to the largest Macy’s in the state.

Kendall is served by Kendall-Tamiami Executive Airport as well as the Miami Metrorail’s Dadeland South and Dadeland North stations, which provide metro service to other areas of the city including Coral Gables, Downtown Miami and Miami International Airport. It is also surrounded by various attractions, such as Miami MetroZoo and the Gold Coast Railroad Museum (located on the same grounds), and Everglades National Park.

Between 1970 and 1990, the population of Kendall increased by over 200%, from 35,000 to 87,000 citizens. In the summer of 1992 the area was severely damaged by Hurricane Andrew which caused a slight drop in the population due to migration. However, recovery efforts brought the area back even better than ever, and Kendall continues to flourish to this day with dozens of elementary, middle, and high schools as well as a flurry of lucrative businesses.

Hot in the summer, cool in the winter, Kendall enjoys the same tropical climate as the rest of Miami, which is why Direct AC--located in the heart of this vibrant community--is dedicated to serving all the area’s residential, commercial, and business air conditioning needs.