A Short History of Hurricanes In South Florida 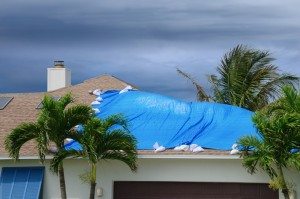 South Florida has a long, and often terrifying history with hurricanes. And if it's a storm with a violent wind that tops 12 on the Beaufort scale, meaning at least 75 mph, then a hurricane is what it is. Here are some of the worst hurricanes Florida has ever experienced via a short history of the state's experiences with big storms. 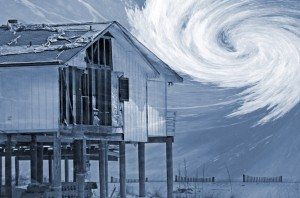 September 10, 1919. The only Atlantic hurricane that year hit the Key West area with 110 mph winds. It killed more than 800 people, and put 10 ships on the sunk or missing list. All 488 people aboard the steamer Valbanera went down between Key West and the Dry Tortugas. The gale force winds lasted more than 38 hours. 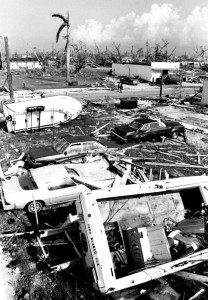 September 18, 1926. It's been called perhaps the "most destructive hurricane to strike the United States." After seeping through the tropical Atlantic, it hit the Miami area. Winds were as high as 150 mph. The death toll was estimated between 325 and 800. 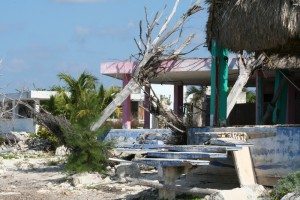 August 27, 1964. Hurricane Cleo hit the Miami area after blasting Key Biscayne and moving northward along the Florida coastline. Winds reached 110 mph, causing massive flooding and property damage. Power was cut to more than 620,000 homes and businesses, and for the first time in its history, the Fort Lauderdale News did not publish an edition.

September 6-10, 1965. Hurricane Betsy was a storm that couldn't make up its mind. Headed for South Carolina, it changed direction near Jacksonville, Florida, hit the Bahamas, and then landed in South Florida. Stretching more than 600 miles from point to point, Hurricane Betsy flooded Miami and Fort Lauderdale. 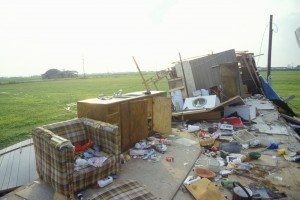 August 23, 1992. Hurricane Andrew is called the most expensive natural disaster in U.S. history. After 25 years without a severe hurricane in the area, Andrew flattened houses and swept away trees in Dade County. In Florida City, it left the water tower as the only viable structure still standing. The damages totaled more than $25 billion. 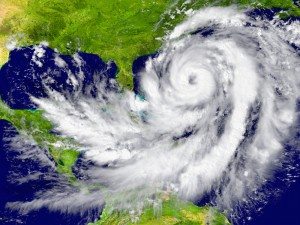 September 5, 2004. Hurricane Frances hit Southern Florida in a big way. The 435 miles between Tallahassee in the north and Key West in the south were battered by wind and rain from this so-called sluggish big storm.