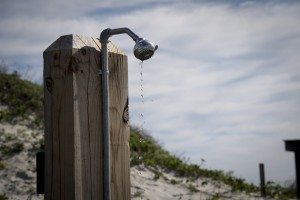 Droughts are a common part of history, and unfortunately they will come back even after years of replenishment. Even in some of the wetter states, droughts are common. Florida normally receives around 58 inches of rain per year and receiving much less can be a disaster for the state's climate.

Over the years, Florida has suffered from many droughts, but a few years do stand out as the worst.

Like much of the country in the 1930's and 1940's, Florida suffered from a very severe drought. With most of the drought along the East coast, Florida received little to no rain at all during this very historic time. Much of the water in this area was also contaminated with salt. With economic conditions failing and a war lingering on, the drought added to the already failing Florida economy. The citizens of Florida suffered a great deal. Eventually, Florida would finally see rain come in 1945.

In most recent years, Florida suffered the worst drought in state history from 1998-2002. The state received little rainfall during these years and a few of the preceding years. Many of the state's water basins and streams began to go dry. This made it very hard for the aquifers to fill up and most of the state suffered.

Because of the extreme dry conditions, much of the state also suffered from wild fires. These wild fires posed a great threat to the state's natural landscapes as well as to communities. It is estimated that around 1.5 million acres of land were destroyed.

More and more sink holes also began to appear in the state due to the dry conditions. Lake Jackson became nearly dry. Communities began to put water restrictions into place. Residents would not be allowed to water their lawns during the summer months to save the water supply.