A Brief History of Air Conditioning 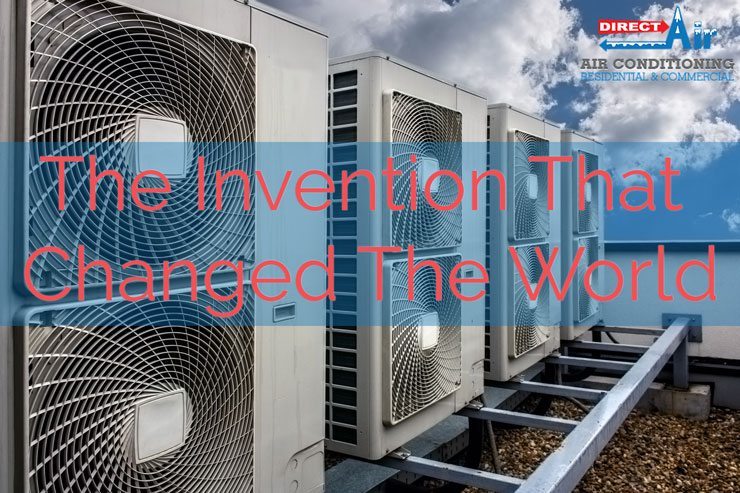 The modern air conditioning unit was invented in the early 1900’s by an engineer in upstate New York named Willis Carrier. Carrier is consistently credited with launching the idea of air conditioning, when he devised a device in 1902 which blows air over cooled coils to control room temperature and humidity.

British scholar S.F. Markham wrote, “The greatest contribution to civilization in this century may well be air-conditioning - and America leads the way.”

Mr. Carrier was working for the Buffalo Forge Company at the time, as a heating engineer, but he quickly realized that his invention could benefit many other industries and he formed the Carrier Engineering Corporation with six other engineers. Nowadays, we take our air conditioners for granted.

But, just think about what life would be like if you didn’t have AC in your home or car or anywhere else (particularly the sticky and sweltering summer months we experience here in South Florida).

The U.S. Department of Energy does a great job of explaining how important air conditioning is for modern life in America: “Once considered a luxury, this invention is now an essential, allowing us to cool homes, businesses, hospitals, data centers, laboratories and other buildings vital to our economy and daily lives.

In fact, air temperature is so important to us that 48 percent of all energy consumption in American homes is a result of cooling and heating, according to the Energy Information Administration.” Obviously, there were inventors who came before Mr. Carrier who successfully created versions of a cooling machine. But, it was Mr. Carrier’s creation that truly launched the modern idea of air conditioning. Let’s take a brief look back to learn some of the key milestones in the history of air conditioning.

Pre-Carrier - Mechanical refrigeration takes shape in the mid-1800’s by a doctor in Florida who builds an ice-making machine that uses compression to make buckets of ice and blows air over them. However, his invention failed to secure financial backing and melted away. 1902 - Willis Carrier invents the precursor to the modern air conditioner - an apparatus for treating air.

Cooling Businesses - According to energy.gov, in the early 1900’s, “a big breakthrough in comfort cooling technology came in the 1920s, when Americans flocked to movie theaters to watch Hollywood stars on the silver screen.”

Bringing Cool Air Home - Air conditioning comes home for the first time in 1914 when a Minneapolis man had an AC unit installed in his home which measured over 7 feet high and 20 feet long!

Air Conditioning Goes Mobile - It wasn’t until 1939 that drivers and passengers were gifted the luxury of AC, when Packard revealed the first air conditioning system offered direct from an automaker.

The Future Of Cooling - is now! Programs like the U.S. Department of Energy’s Emerging Technologies Program is continuing to improve the energy efficiency of modern air conditioners while reducing the environmental impact of AC technologies.