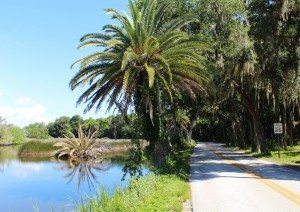 Welcome to one of the newest communities in Miami: Palmetto Bay!

Established in 2002, Palmetto Bay has already established itself as one of the more affluent areas in Miami. Prior to incorporation, the area now known as Palmetto Bay suffered a devastating hit when, in 1992, Hurricane Andrew destroyed much of Miami, hitting Palmetto Bay harder than most other areas. The community recovered quickly though, rebuilding residences and businesses stronger than ever.

Today, Palmetto Bay sits west of Biscayne Bay in Southwest Miami, bordered by Pinecrest and South Dixie Highway. It’s home to 24,000 residents, prosperous families of all sizes with multiple high-caliber schools catering to children of all ages. Miami Palmetto Senior High, the area’s zoned high school, is considered one of the top high schools in the city, and has been named a Blue Ribbon School of Excellence by the U.S. government.

Looking for something to do in Palmetto Bay? The area is served by The Falls, a shopping mall with various high-end retail establishments and restaurants. Along South Dixie Highway there are various lodging and retail services, along with a variety of restaurants and shopping venues, from major corporate chains to family-owned enterprises.

Traffic and beautification projects have brightened up the community’s decor, while local movements have raised cultural awareness in the form of weekend family festivities at parks and other participating establishments. Palmetto Bay has also used its newfound status to improve its police force and expand and improve its park facilities, earning it the nickname “Village of Parks”. Palmetto Bay is also notable as the location of The Deering Estate, former home of American businessman and philanthropist Charles Deering. The Deering Estate is currently used for cultural events and can be rented out for private parties and weddings.

Located close to the ocean, the city is wind-blocked by a plethora of greenery, which can make rainy summer days as muggy as ever. Direct AC is here to serve the community though, keeping air conditioners running at high efficiency and cooling the community for years to come.