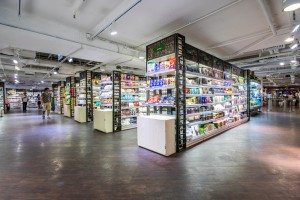 Before today's modern mechanized age, such ordinary concepts as food refrigeration were out of reach to many. The only way to refrigerate food was to transport ice from a cold climate down to the city where it can be consumed. This was exceptionally expensive and was something that almost nobody could afford. As time went on, refrigeration techniques continue to advance to the point where today there widely used throughout the world. Even those in poor, third world countries are able to use mechanical refrigeration is a cost-effective way of saving money on food. This article will explain how the world got to its current point by refining primitive mechanical refrigeration techniques.

The first artificial refrigerator was created by Scottish scientist named William Cullen, who created the first refrigerator in 1755. This machine was highly experimental, and was not intended for consumer applications. This refrigerator simply functioned within a lab and created a vacuum that created cold air. Another primitive refrigerator was created in 1758 by Benjamin Franklin, who found that rapid evaporation could be utilized in a way that could cool an environment. He began experimenting with alcohol and other rapidly-evaporating substances in a successful attempt to cool water below the freezing point. In his experiments, he was able to get the temperature of his thermometer as low as 7°F, which is far colder than most of today's consumer freezers. While these early attempts were certainly exciting, it would take further advancement before they would ever be considered as a way to preserve food.

In 1842 a man by the name of John Gorrie built a working refrigerator that was able to cool food even in a tropical climate. Unfortunately for him, the device was a complete failure because customers simply couldn't understand the reasons why they would need the device to cool their food. At this point in time, most individuals preserved their food with primitive methods that used salt or smoke. Building on Gorrie's advancement, a man by the name of James Harrison utilized refrigeration technology to build the first refrigerated ship in 1873. This ship, called the Norfolk, was used to ship beef from the United Kingdom to the United States. However, this too was a failure, and it wasn't until 1881 when William Soltau Davidson built the Dunedin that commercial refrigerated shipping became viable.

In the early 1910's, General Electic pioneered commercial household refrigeration. As electricity access became more widespread, by 1930 the average price of a refrigerator was cut by nearly half and refrigerator ownership was obtained by more than 30% of households. These refrigerators, under the brand Frigidaire, were a huge commercial success and are one of the main reasons why a electrical refrigerators are still used to this day.