Little Known Facts About Fires in the Everglades 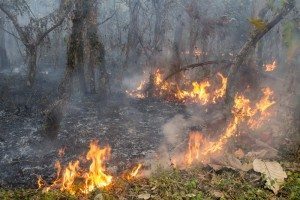 Fires that occur in the landscape of southern Florida are necessary in the shaping and development of the region's ecosystem. The link that connects fire, soil formation and hydrology is a complex and critical component in the persistence of the biotic elements that are prevalent in the Everglades. Because of this, Everglades National Park has been instrumental in the development of NPS fire policy development since the park was first created in 1947.

It was the first national park in the United States to permit burns that are prescribed. It was also one of the first parks to create a fire management plan. During the past several decades, the fire program that is in operation at Everglades National Park has been successful in acquiring a large amount of fire history information in the form of digital data, tabular data and paper records. There have also been fire perimeters that were drawn by hand on USGS topographical maps that are 1:24,000 scale that have been saved for research purposes. All of this data can used to create a geodatabase of fire data and maps.

Everglades National Park had 2,125 fires that were reported between 1948 and 2010. 577 of these were prescribed, 499 were natural and 1,049 were suppressed. The amount of fires varied greatly. In 1992, there were a record 91 fires. 1966 had only six reported fires, a record low. The record high amount of fires in 1992 is often blamed on the large amount of trash fires that were started in the wake of Hurricane Andrew. Trash was burned in abundance during this period of time because of the vast amount of destruction that the hurricane caused.

Having the data regarding wildfires readily available in a format that is easy to use is critical for many park operational and planning functions because of the important role that wildfires play regarding the landscape. This data can be used to assist in fire ecology studies, fire management implementation and planning. It can also address various resource management issues associated with the Comprehensive Everglades Restoration Plan.