The Day it Snowed in South Florida 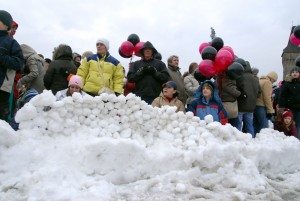 January 19th, 1977 might not mean much to people living north of Florida, but for South Floridians it is a day that will live in infamy. It is, after all, the day it snowed in South Florida. It was the first ever reported snow fall in Miami, and Homestead Air Force Base held the record of the most southern snowfall in the contingent United States.

So, what exactly happened? A cold snap had gripped much of the eastern Seaboard, and weather stations reported a cold front would be moving across Florida. Across the state, record low temperatures were recorded. In Miami Beach the temperature dipped down to just 27 degrees, and Hollywood, Florida recorded temperatures of just 23 degrees.

Just before dawn on January 19th, snow fall began in the West Palm Beach Area. It spread across Broward and Dade counties quickly, but ended less than 2 hours later. While most of the area only saw a dusting of snow (about .2 inches), areas east of Tampa experienced about 2 inches of snow fall.

While some residents had fun with the odd weather pattern, it really was no joking matter. Florida-based radio stations took to playing Christmas carols in honor of the strange weather event, but agricultural areas struggled to deal with the impending impact.

The snow--along with exceptionally low temperatures--led to frost, which extensively damaged crops. When all was said and done, the USDA issued a statement that upwards of 35% of the citrus crops had been lost, and almost all of the vegetable crops had been damaged. Between 50-75% of flowers, 50% of pasture lands and 40% of the sugar cane crops had been severely damaged in the event. Damages totaling $350 million were recorded in the Agricultural sector, and $2 billion in total damage through the area was recorded.

Florida's climate meant they were unprepared for cold weather. Heated pipes were not, and remain, uncommon in the agricultural sector. To prevent freezing, water was run throughout the night. However, temperatures froze water in the area anyways, leading to damaging ice, which was considered the cause of several roadway accidents.

With all that being said, snow in South Florida was still something worth seeing, and those who experienced snow for the first time on the beaches of Florida certainly have a story to tell for years to come. The cold snap didn't last long, and the fallen snow quickly melted, once again revealing the lush landscape of the area.